Jessie Diggins | Her Olympic Training Plan And How Rest Is Critical: Jessie Diggins has been skiing cross-country since she was a toddler, when she rode in a backpack with a kid carrier.

She’s now a seasoned and talented cross-country skier, having recently become the first American woman for placing in the top three at the prestigious Tour de Ski.

The native of Minnesota is gearing up to compete in her second Winter Olympics for Team USA and is more confident than ever.

Jessie Diggins | Her Olympic Training Plan And How Rest Is Critical 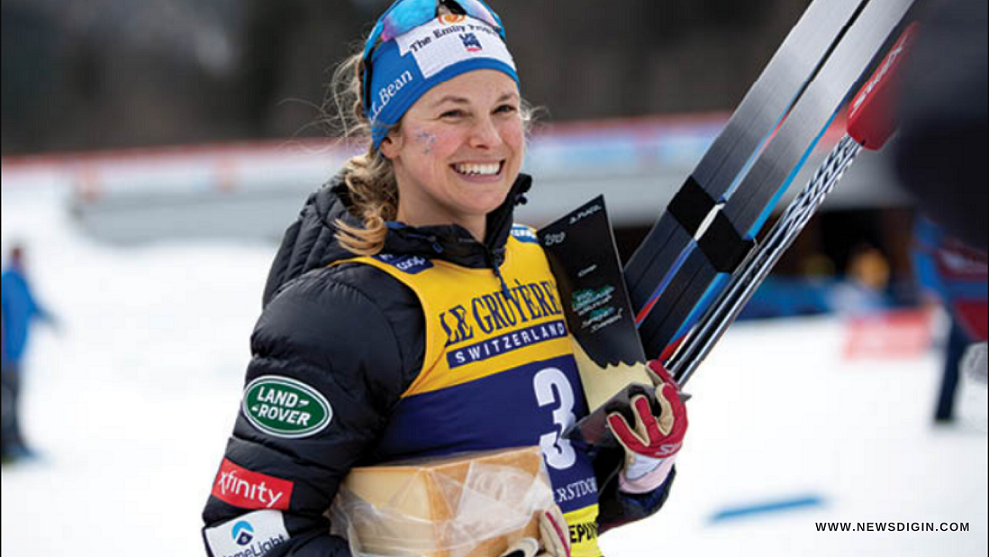 Ice Breakers had the opportunity to speak with her and learn about some of the most important aspects of her training, such as the importance of rest, sleep, and taking breaks throughout the year.

Diggins believes that cross-country skiing is a more demanding and interesting sport than many people think. When you play this game, you use every part of your body, including your arms, legs, and core, to the fullest extent possible.

Diggins worked out twice a day, six days a week, over the summer. Diggins explains that because cross-country skiing is an endurance sport, they put in a lot of cardio work before their race.

She and her team began most mornings with roller skiing, which is the off-snow equivalent of cross-country skiing for those who don’t know.

Wheeled skis are used on a hard surface (such as a road or track) to imitate the winter sport’s characteristics. As Diggins puts it, “It allows us to improve our technique and endurance without having to be on real snow.”

Interval training is the main focus of this workout. For two hours, the team roller skis at race speed for ten minutes, then slows down for three minutes before returning to race speed.

After that, you’ll likely have a substantial lunch, rest for a while, and then do another workout. When we’re done running (30 minutes), it’s time to lift an hour and a half. We work on our backs as well as our lower bodies during that time.

How Sleep is Important According To Her?

Another aspect of Diggins’ training that you’re likely to enjoy is sleep. She sleeps nine to ten hours a night and takes a 30- to 45-minute nap during the day to keep up with her schedule.

You can only train as fast as your body can heal and recover after work out about four hours a day, nearly every day. This is especially true for me.

Diggins says she don’t know how she had make it without that much sleep. Slowing down and unwinding is as important for her as training itself.

It’s important to Diggins to make the most of her free time. When she is in training for the Olympics, she and one of her closest friends went to Hawaii for an entire month to unwind before the gruelling months of training and competition that lay ahead.

Returning to the game after a break isn’t easy, but Diggins says it makes you appreciate how good you feel all the more. She was itching for getting back into it after her vacation. Her mind and body felt rejuvenated and ready to crush some goals.

Diggins is looking forward to the 2018 Winter Olympics in Pyeongchang, where she believes her training both inside and outside the gym has prepared her well.

As she puts it, “There are many things in sports that are beyond your control”. When I cross the finish line, I want to look back and know that I gave it my all, left no stone unturned, and did everything I could.

That is success for me in these games.” Now that I know I’m on the right track, that’s more valuable than any medal in the world.