Home Trending Trigon VS Darkseid | Who Won in a Battle?

Trigon VS Darkseid | Who Won in a Battle?: We know you love supervillains, so here’s another round of comparisons! We all love a good supervillain, and DC Comics is known for having many great ones, so we decided to compare two of them today. The demon Trigon, one of DC’s most powerful entities, will face off against Darkseid, one of the strongest (if not the strongest) villains in comic book history. The demon vs the galactic tyrant Read on to find out!

Trigon could defeat Darkseid in his Prime-Earth form. Trigon is a demon with more powers than Darkseid, whose main weapon – the Omega Beam – would be weaker against him. However, Darkseid’s True Form would quickly dispatch Trigon.

Trigon VS Darkseid | Who Won in a Battle? 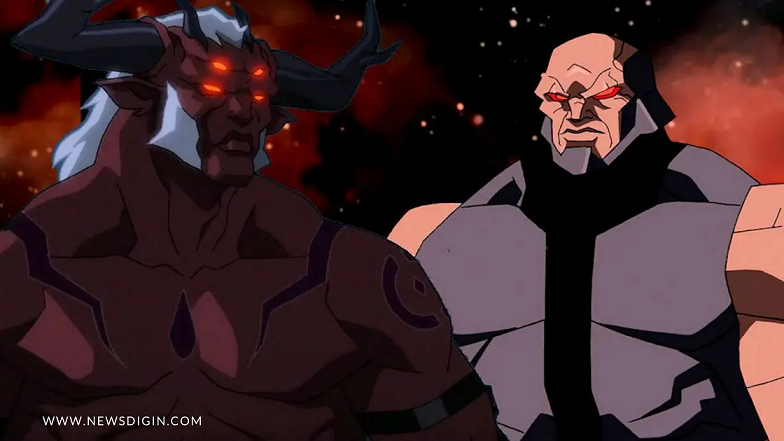 It’s Not Clear Why Trigon Is So dangerous

Trigon is a fictional demon appearing in DC Comics stories. He made his debut in The New Teen Titans (1980) as a cameo (1981). He was created by Marv Wolfman and George Pérez and is one of the most powerful characters in DC Comics.

Trigon, an inter-dimensional demon, is the result of a mystical sect’s female member mating with the god they worshipped. As a result of this mating, their child absorbed the evil energy of Azarath’s inhabitants, who personified him.

Trigon was born killing everyone (including his own mother). He destroyed a planet at six years old. At thirty, he ruled millions of worlds in his own dimension.

He met Arella. Arella, a depressed woman, joined the Church of Blood, a group out to kill Trigon. After the ritual, Trigon emerged as a man and married Arella. Arella soon learned her husband’s true nature. Arella was about to commit suicide when an extra-dimensional cult found her and took her to Azarath, where she gave birth to their daughter, Raven. Raven is taught to “control her emotions” in order to suppress and control Trigon’s demonic powers.

The only time Trigon intervened was when a renegade monk tried to cast Raven into another dimension; Trigon found him and killed him in time, allowing the cult to keep her safe for now. When Raven learns of Trigon’s plans to conquer the world, she approaches the Justice League, but they reject her because of her demonic heritage.

To fight her father, she reformed the Teen Titans with several new members. The team defeated Trigon and imprisoned him in an interdimensional prison. Raven still had to battle her father’s influence, as he wasn’t completely destroyed. Trigon escaped and came to Earth, controlling Raven and destroying Azarath.

The Titans joined forces to fight Trigon, but were contaminated by his demonic influence and forced to kill Raven, allowing Azarath’s souls to possess her and use her to kill Trigon, freeing her from her father’s negative influence. Trigon’s followers (led by Brother Blood) have repeatedly tried to revive him.

Is Darkseid The Toughest Bad Guy? 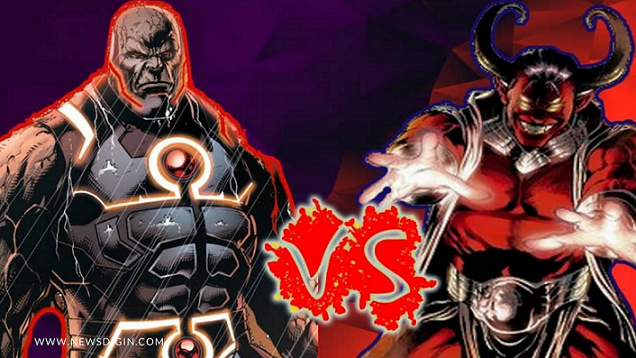 Darkseid is a DC supervillain who is often depicted as the franchise’s greatest villain. He is a New God and the cruel ruler of Apokolips. Because Darkseid’s main goal is to annihilate all free will in the universe, he frequently clashes with DC’s superheroes, including the Justice League.

Prince Uxas of Apokolips, Darkseid’s father, was born. His brother Drax was the heir apparent to Apokolips (a.k.a. Infinity-Man). A plot by Uxas to take over the planet led to Drax being killed when he tried to claim the mighty Omega Force from him. He was named Darkseid after the Omega Force transformed him into a rock-like creature. Darkseid then poisoned his mother and ruled Apokolips alone.

A destructive and neverending war with the neighbouring planet New Genesis, where the good New Gods reside, is his early reign’s main memory. They fought Darkseid’s evil plans, led by Highfather’s brother. With the help of Darkseid’s son Scott Free (Mister Miracle) and Highfather’s son Orion, the war was finally stopped.

Even though Darkseid is the most powerful cosmic entity in DC’s Multiverse, there are others that are more powerful. To his own vision of a Darkseid-ruled universe, he turned Apokolips into a hell pit. It’s a good thing he’s terraforming planets to look like his home planet’s hell pit.

He was prominent in several major DC Comics storylines, including Final Crisis and The Darkseid War, among others. However, Darkseid’s life essence survived and travelled to Earth, where he assumed a human form (“Boss Dark Side”) before returning to his original body.

As a result of the Anti-Life Equation, Darkseid faced the Justice League. The two Flashes, Wonder Woman and Superman, “killed” him after Batman was hit by Darkseid’s Omega Beam and sent back in time after a long time travelling experience.

For his part, Darkseid had to fight the Anti-Monitor, another evil cosmic entity from the DC Universe. In the future, stories would be affected by this event. He appears as a baby in Scott Snyder’s Metal series.

One of the DC Universe’s most powerful and well-known villains, Darkseid has feature in many derivative works. And he’ll be voiced by Ray Porter in Zack Snyder’s Justice League.

Comparisons Of Darkseid vs Trigon

As is our custom, we will now analyse these characters’ abilities and powers. The essence of these two characters, not just their backstories, is essential to understand as always. But only by observing their abilities can their full potential be assessed.

First, Trigon. And Trigon is a powerful, immortal demon who can transmute and manipulate matter. He is also impervious.

He could reshape the entire Earth on a whim, drain the souls of millions of worlds, bestow psionic powers on Psimon, and open wormholes to other worlds. Trigon also defeated the Teen Titans and the Justice League.

Trigon can also disguise himself as a human. In this form, he is a handsome man with blond hair and golden eyes.

Trigon’s Sons wield the power of a mortal sin given to them by their father. Jared rages at his opponents. Jesse sees into his victims’ minds and becomes what they most envy, absorbing their powers and abilities to increase his own. Jacob incites lust in his prey. Raven also has this power, but it makes you sick and nauseous for days. His refusal to use demonic power or the demonic power itself causes this.

They share a lot of similarities, as we can see by looking at them closely. Trigon appears to have more reality-bending powers than Darkseid, but their abilities are nearly identical. Their very natures differ. As a demon, Trigon’s nature is distinct from Darkseid’s. In fact, Darkseid is a god, but his godly nature differs from that of a transcendent god from other religions. Darkseid has always been ground in reality, whereas Trigon is base on a concept. If you ignore Darkseid’s True Form, he is a god, but not a godly one. More on that later.

The question remains whether Trigon could defeat Darkseid knowing everything we know now. Because their powers are nearly identical, it is not surprising that the winner is not immediately apparent. Trigon has never faced Darkseid, primarily because they come from different dimensions, making the situation more difficult to comprehend.

Trigon and Darkseid are equal in terms of raw physical strength. Each of them is incredibly strong, skilled fighters, and can change their size, so neither has an advantage in this regard. Not to mention their battle prowess against various heroes and opponents within their own universes.

Energetic manipulation skills are almost identical between them. However, it is unclear how Darkseid’s Omega Beam will affect Trigon. It is also debatable whether Trigon can die in the traditional sense if the Omega Beam is use against him.

Darkseid is now vulnerable in front of Trigon after “losing” his main asset. In contrast to Darkseid, Trigon’s demonic nature leaves his relationship with death ambiguous (Batman and the Anti-Monitor killed him). Thus, we know Trigon can kill Darkseid, but not whether Darkseid can kill Trigon.

Truth-bending powers are an advantage for Trigon over Darkseid. However powerful he may be, Darkseid isn’t a magical creature, and his abilities are severely in limit. In fact, a demon with Trigon’s power could easily defeat Darkseid.

A powerful yet oddball entity from DC’s Multiverse, Mister Mxyzptlk, Trigon has shown his abilities against Mister Mxy With Mister Mxyzptlk’s amazing powers, Trigon held his own, something Darkseid could not do. However, Trigon was controlled and subdued by Raven, a character significantly weaker than Darkseid.